Walking is increasingly a political agenda as cities fight to reduce cars, congestion and pollution while striving for a safer, healthier, more vibrant community of residents and visitors alike. A rising consciousness around the fundamental role of public space is leading cities to update out-dated regulations based around cars and parking in favour of a more holistic view of mobility and access. These and other policies are actively trying to get people back onto to the streets thanks to micro and temporary solutions.1

More on this topic:

Concern for the environment may be one of the earliest and most straightforward drivers for increased walking and active mobility.

From climate change to air pollution, loss of biodiversity to green infrastructure, walking provides an active means for people to mitigate and address local and global environmental concerns.1

More on this topic: 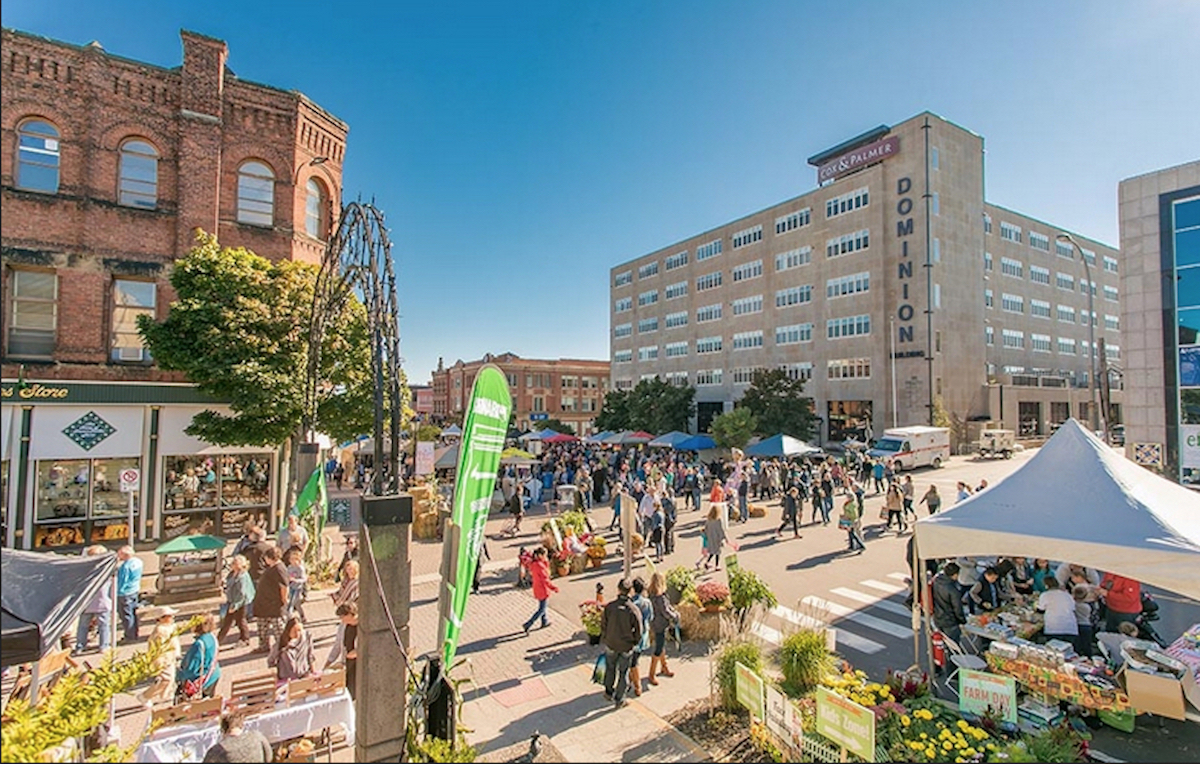 Walking is economic growth (by Tristan Cleveland) — You know walking is good for your physical health, and even your emotional wellbeing. But did you know it’s critical for the fiscal health of your city too?

The Economics of Walking (by Melissa Bruntlett) — This simple mode of travel could be the easy solution cities need to maintain and even bolster their economy. 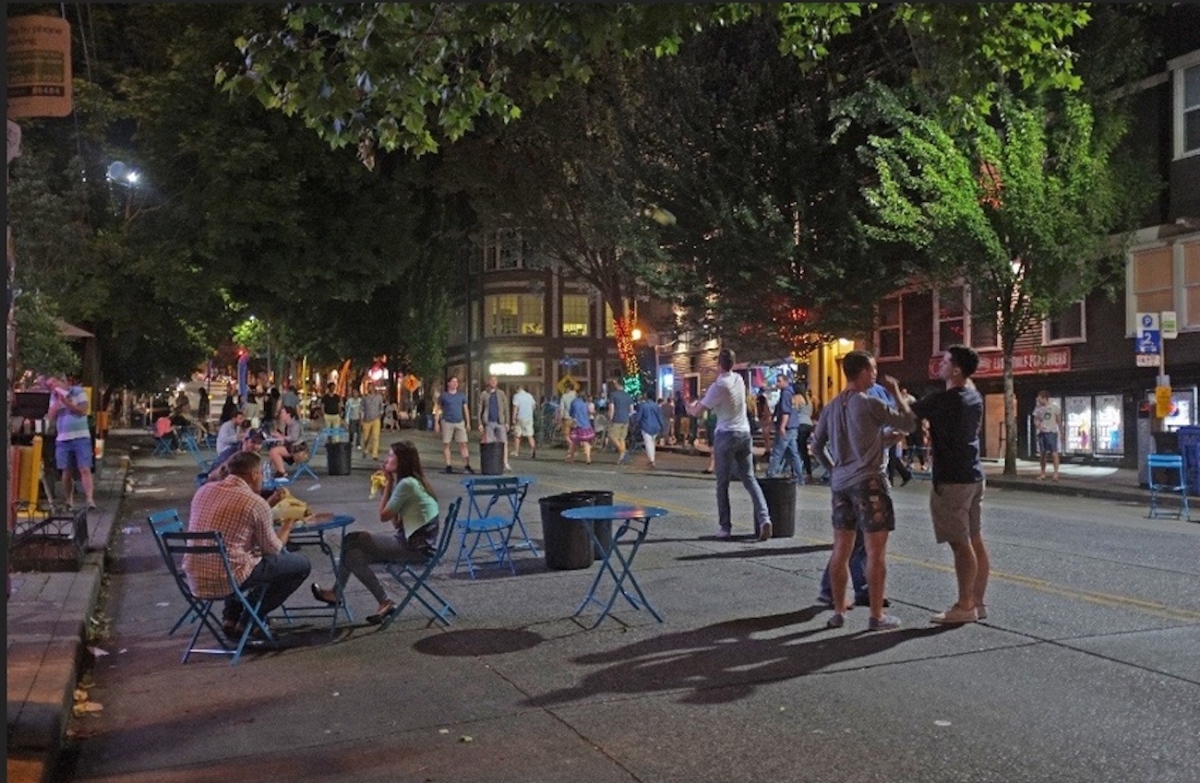 Walking is our first mean of transport: every trip begins and ends with walking. Consequently, walkability is an extremely fascinating, evocative and inclusive concept. It goes beyond the good design of sidewalks and street-crossings which guarantee the ‘ability to walk’ for citizens. It expresses a multifaceted measure of how friendly an area is to walking, taking into consideration a complex and diversified set of features in its evaluation.

Robert Steuteville, editor of Public Square: A CNU Journal, has been publishing a series of articles based on the 2016 Cities Alive: Towards a walking world report [166 pages], which shows the benefits of walkable cities – economic, social, environmental and political – and sets out measures for improving walkability.

This post lists the benefits from Steuteville’s article (link embedded in heading below), but includes additional details from the report.

Excerpts from Cities Alive: Towards a walking world, a report published by Arup in 2016.

Canada Walks – a leader in Canada’s walking movement – has a Municipal Action page.

Pedestrians First is an organization that promotes walkability and all its benefits (under Why measure walkability?)

Scott Adams, the City’s Public Works Manager, made a proposal for a Sidewalk Master Plan during the Public Works Committee Meeting on Thursday, July 22 (agenda/video).

Currently, the city of Charlottetown has 147 kilometres of sidewalks. To complete the network, the Public Works department identified existing streets that either have a fair amount of traffic and no sidewalks, or are major collector roads that have a sidewalk on one side only, such as certain sections of University Avenue. At the end of the exercise, it was determined that an additional 156 kilometres of sidewalk or multi-use pathway would need to be constructed. In today’s dollars, constructing one metre of sidewalk costs approximately $350 per metre, or $350,000 per kilometre. The cost to build 156 km of sidewalk would be around $55 million.

Mr Adamsʼs reasons for proposing the development of a Sidewalk Master Plan include the ability on a yearly basis to allocate a portion of the cost in the budget to build, progressively, new sidewalks/multi-use paths, and to respond to residentsʼ enquiries about which roads will have new sidewalks and when.

All in all, an admirable proposal.

In seeking support from the committee, Mr Adams said that other municipalities have such a master plan. An online search found three Canadian municipalities with a Sidewalk (or Pedestrian) Master Plan: District of North Vancouver, BC (2009), Summerland, BC (2019), and Mississauga, ON (2021).

First to comment: CAO Peter Kelly, who didn’t hesitate to inform Mr Adams that the more sidewalks the City has, the more money will be needed to maintain them, and that “we’re already having financial challenges now, be very careful where you want to go with this one because it will come back and haunt you in many ways… ”

Committee Chair (and Ward 2 Councillor) Terry MacLeod expressed his opinion that the Sidewalk Master Plan is a good policy, even going so far to say “it’s a great idea”, and that pedestrian safety cannot be pushed aside.

Ward 3 Councillor Mike Duffy thought it a good idea too, stating he agreed with everything Counc. MacLeod said, but – wait for it: “… with the exception of the matter of how long the road is. I donʼt see the economy in sidewalks on both sides of the street … ” using North River Road as an example. He concluded with “so we could save a lot of money if thereʼs one sidewalk on one side regardless of what type of street.”

In response, Mr Adams explained the need for sidewalks on both sides of the road exists in commercial areas and for roads with a high traffic volume in order to reduce the number of pedestrian crossing points, giving Capital Drive, University Ave, Queen St, and Allen St as examples.

Counc. Duffy rebutted with his viewpoint that “you cross the street once … and you stay there. I see it on my street all the time. You never see anybody coming down on Highland Avenue on my side of the street …”. He referred again to North River Road up to Queen Charlotte High School. Itʼs just the culture, said he, to walk on the side of the street where the sidewalk is.

Mayor Brown chimed in with “I think we have to get away from sidewalks and look at active transportation, because sidewalks are for pedestrians, so we can make a more combined system…”

Ward 5 Councillor Kevin Ramsay spoke up to say he agreed with Mr Kelly, emphasizing that “itʼs a lot of coin!”

Yet, whenever new roads are proposed, not one councillor, not the Mayor, not the CAO, ever bring up the cost of construction or maintenance. The 2020-21 budget for Public Works: $15 million.

Contrast the $55 million sidewalk cost estimate over several years with the revenue the city pulled in this past fiscal year alone from building permits: $180 million. Add to that $34 million in property tax revenue. In March, the federal government announced its first national active transportation strategy, with $400 million to help finance trails, pedestrian bridges, multi-use pathways and widened sidewalks.

Citizens pay taxes for services and infrastructure. Sidewalks are infrastructure that benefit everybody. The more sidewalks we have, the more people will want to walk, and will be able to do so safely.

Clearly, Mr Kelly and councillors Duffy and Ramsay believe Charlottetowners can do without additional sidewalks, and would rather not invest in the Cityʼs pedestrian infrastructure.

Not once, during the meeting, did any councillor mention how essential sidewalks are for people living with disabilities or vision loss, the elderly, children, people who use mobility aids, people who donʼt drive and walk or use public transit to get around. No councillor suggested that a good number of sidewalks are too narrow and ought to be widened. Let us hope that, when this topic lands on the next Council meeting agenda, these points will be raised and Mr Adams’s proposal will be approved.

If you support Scott Adamsʼs proposal for a Sidewalk Master Plan, call or write to your councillor; and copy (or call) the other councillors and the mayor.

About sidewalks and walking: 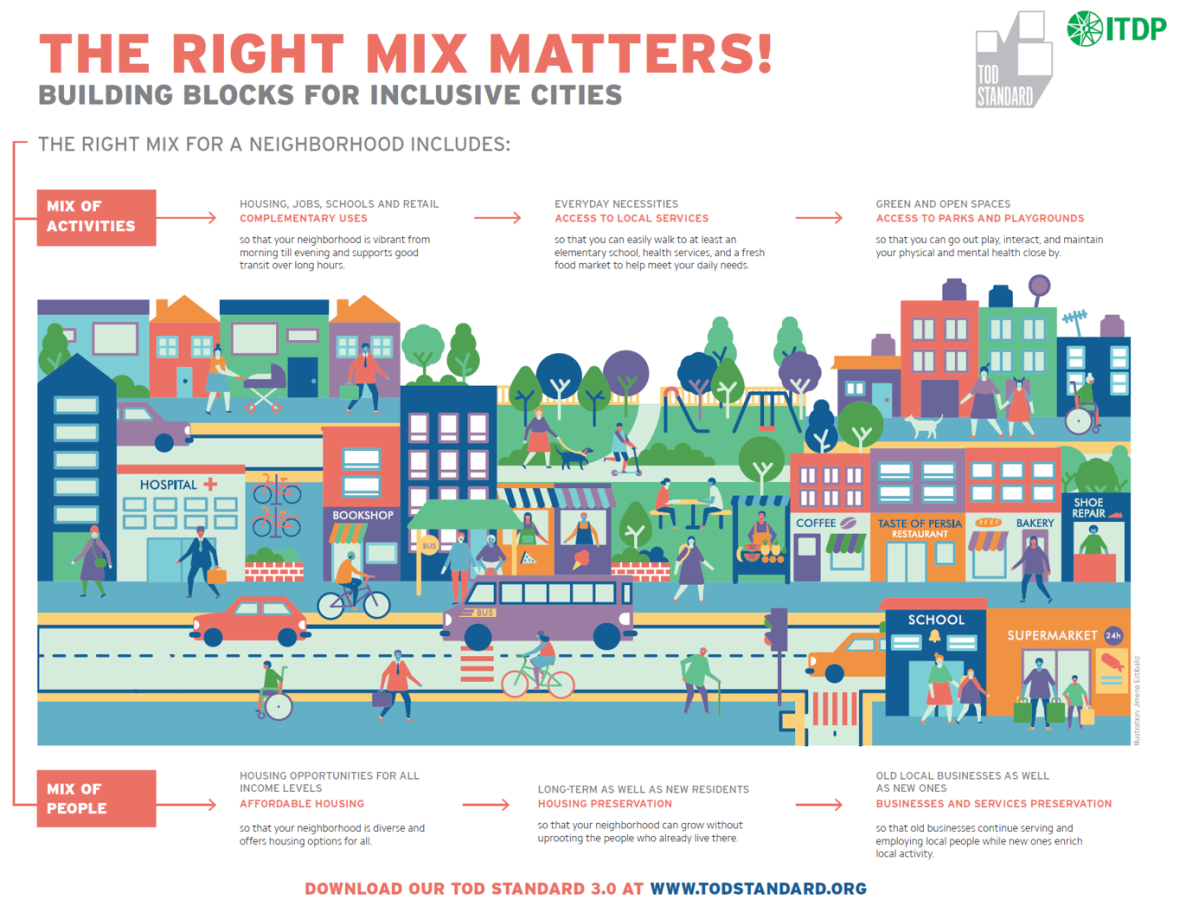 Across cultures, over thousands of years, people have traditionally built places scaled to the individual. It is only in the last three generations that we have scaled places to the automobile.1

Cities and towns are meant to strengthen human social connections, enhance economic efficiencies, and promote well-being and community. Communities thrive in cities where the built environment is designed with people in mind. Public spaces should be universally accessible and as safe and inclusive as possible. Roads are public spaces.

Promoting compact land use is a way to reduce the expense of constructing and maintaining roads, sewers, and other public works while also increasing property values in the community. Compact land use enhances the walkability of a community and fosters a stronger sense of place.

Walking is the most democratic way to get around.

The truth is, however, that all of the infrastructure in Charlottetown is designed for motor vehicles. Cars have become such a pervasive presence that we now find ourselves living and working in places that do more to serve the needs of cars than of people.  The result is that pedestrian connections cater to vehicles, because it is assumed that anyone who lives or visits here can drive. Over the past couple of decades, humans have become secondary to cars in urban planning and design.

Could Charlottetown become a compact city?
Or is it one already?

Urban highways were the peak of transportation design in the 1950s, but today they are as obsolete as floppy discs. Walking, cycling, and public transit are more sustainable, safe, healthy, efficient, and productive than urban highways. Sustainable mobility is the future of transportation. Learn more.

Urban highways lead to growth that is ecologically and financially unsustainable. They subsidize sprawling development that destroys agricultural land and natural habitat.